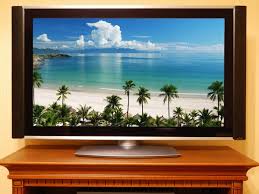 The National Council of Applied Economic Research estimates the total number of Indian households with a TV in excess of 161 million.

Television first came to India in the form of Doordarshan (DD) on Sept 15, 1959. Doordarshan is the National Television Network of India and also one of the largest broadcasting organizations in the world. As of 2012, more than 90 percent of the Indian population can receive Doordarshan programmes through its 21 channels and a network of nearly 1,400 terrestrial transmitters. There are about 46 Doordarshan studios producing TV programmes today.

Doordarshan has a three-tier primary programme service – the National, the Regional and the Local. In the national programmes the focus is on the national culture and the programmes include news, current affairs, science, cultural magazines, serials, music, dance, drama and feature films. The regional programmes carried on all the transmitters in the different states of India also deal with similar programmes but in the language and idiom of the particular region. The local programmes are area specific and cover local issues featuring local people.

Indian film industry is more than 100 years old, and has come a long way from the shaky flickering images and grating noises and sounds to a very sophisticated state-of-the-art technology for creation and projection of image and sound track. Highlights are: 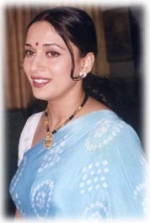 In 1886 the Lumiere Brothers Cinematographe unveiled six soundless short films at Bombay’s Watson’s Hotel. Soon after, Hiralal Sen and H.S. Bhatavdekar started making films in Calcutta and Bombay, respectively. Bhatavdekar made India’s first actuality films in 1899. Though there were efforts at filming stage plays earlier, India’s first feature film Raja Harishchandra was made in 1913 by Dadasaheb Phalke (the Father of Indian Cinema). By 1920 there was a regular industry bringing out films starting with 27 per year and reaching 207 films in 1931 to about 1,000 feature films in 1999.

Alam Ara (1931) was the genesis of the talkie feature films. The film’s popular Hindustani dialogues and seven songs made it a big hit which resulted in other filmmakers to raise the number of songs in their films till it reached a whooping 71 in “Indrasabha”. Film songs became a Pan-Indian phenomenon.

Regional culture and craving to see-hear a film in one’s own language caused the mushrooming of the regional film industries beginning with Bengali, Tamil & Telugu followed by Marathi, Gujarati, Kannada, Malayalam, Oriya, Assamese, English and several other dialects.

The post independence period saw the golden era of Indian cinema with melodious socials & melodramas. The first International recognition came with Satyajit Ray’s Pather Panchali (1955), Aparajito (1956) and Apur Sansar (1958). Satyajit Ray is considered as one of the greatest directors of all times. He was awarded an Oscar for life time achievement shortly before his death in 1995.

The 70’s saw the birth of the parallel cinema which promoted realistic cinema. At around the same time was born the long lasting trend on the angry young man pitted against the Establishment as represented by Amitabh Bachchan, the superstar of the Indian Film Industry. Amitabh Bachchan was virtually a one man industry and this trend lasted till the late eighties. 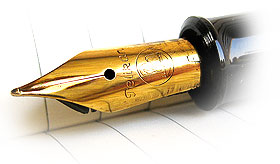 India’s oldest newspaper still published is the Gujarati daily, the Mumbai Samachar, which first appeared in 1822. More than 150 million people read a newspaper every day in India, compared with 97 million Americans and 48 million Germans. The newspaper (print) industry has grown at a CAGR of 8.5% in 2013 to touch INR 243 Billion.

The top publications in India

Seven of the ten of the world’s 100 best selling dailies are now published in Asia. India, China and Japan are home for 62 of them, according to the 700-page report of the 59th annual world summit of editors and top media managers. Newspapers sales increased in China and India and declined in Japan, United States and Germany. There are 41 newspapers or periodicals over 100 years old. In 1996 there were 39,149 newspapers (4,453 dailies) published in more than 90 languages, with a combined circulation of over 78.7 million.