It is not compulsory, but it is highly advisable to appoint a nominee for each of your investments like bank account, fixed deposit, demat account, Post office investments, insurance policy or your property, to take care of your assets in the event of your death.

In case of joint accounts, the nominee has no right over the assets, and is legally bound to transfer it to the legal heirs. There is no specific need of a will for a joint account. The nominee’s right may arise only after the death of all the depositors (one of whom can be a nominee).

A nominee is generally a family member whom you trust. Nomination can be done for an existing account too. Non-individuals including society, trust, body corporate, karta of Hindu undivided family (HUF), holder of power of attorney cannot nominate.

If nomination is not done, and when a person dies, his/ her legal heirs will have to go through the process of producing all kind of certificates like death certificates, proof of relation etc., for each legal entity! But if there is nomination done, the financial institute is bound to transfer all your assets to the nominee. The company then goes out of scene & then, it’s between nominee and legal heirs based on the will. However, if a will is not made, then the legal heirs of the assets are decided according to the succession laws, where the structure is predefined on who gets how much.

Authorized dealers may also allow remittance of funds lying in the NRE/ FCNR accounts of the deceased account holder to their non-resident nominees subject to a signed declaration to the effect that all the legal heirs are non-residents.

As per a Supreme Court bench of Justices Aftab Alam and R M Lodha in an November 2010 order (Ram Chander v/s Devender Kumar) said that Section 45ZA(2)(Banking Regulation Act 1949) merely gives the nominee the exclusive right to receive the money lying in the depositors’s account. But it does not make the nominee the owner of the money and it should be distributed among the claimants in accordance with the Succession Act of the respective community. 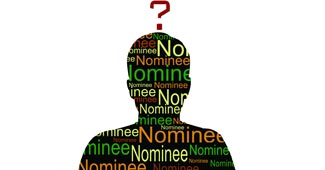 Nominee can claim the proceeds of the safe deposit locker, post the demise of the original locker holder, without bank insisting upon a Succession Certificate, Letter of Administration or Court Order. The nominee holds the monies in the capacity of a Trustee on behalf of the legal heirs of the deceased locker holder and the Bank’s liability is duly discharged on payment to the Nominee. Safe deposit locker holder can also appoint a minor nominee, but complete details of the guardian should be furnished.

The benefit of nomination is that in the event of death of a sole account holder, the Depository Participant (DP) can transmit the securities held to the nominee(s) without insisting upon a Succession Certificate, Letter of Administration or Court Order. The nominee has to submit a duly filled-in transmission form, notarized copy of death certificate and an affidavit in the prescribed format to the DP.

In case nomination is not made by the sole account holder, the securities would be transmitted to the account of legal heir(s), as may be determined by an order of the competent court.

If there is no will, anyone who has been nominated for the shares will be the ultimate owner of those stocks, The succession laws on inheritance will not be applicable but in case there exists a will, that will be the final authority. Nomination favouring a minor is permitted on the condition that a guardian is appointed.

Justice Dalvi noted in a Supreme Court petition filed by the widow Harsha Nitin Kokate “A reading of Section 109(A) of the Companies Act and 9.11 of the Depositories Act makes it abundantly clear that the intent of the nomination is to vest the property in the shares which includes the ownership rights thereunder in the nominee upon nomination validly made as per the procedure prescribed, as has been done in this case.”

But later (April 2015) in the case of Jayanand Salgaonkar vs Jayashree Salgaonkar, Bombay High Court judge Gautam Patel ruled that the nominee is just a trustee and accountable for the property (assets) to the legal heirs to that property. Hence nominee does not become the owner of the shares/ debentures so entrusted.

In case of mutual funds, nomination in mutual funds is at folio level and all units in the folio will be transferred to the nominee(s). A non-resident Indian can be a nominee, subject to the exchange control regulations in force from time to time. 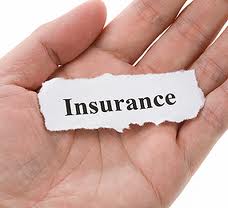 Section 39 of the Insurance Act says the appointed nominee will be paid, though he may not be the legal heir. The nominee, in turn, is supposed to hold the proceeds in trust and the legal heir can claim the money.

In case you want to nominate a non-family member like a friend or third party, you will have to prove the insurance company that there is some insurable interest for the person. This happens because of a Clause called PRINCIPAL OF INSURABLE INTEREST in insurance.

Nomination prevents disputes and delays in settlement of death claims, by establishing a clear title to the policy at the time of the unfortunate event. If the nominee is a minor, an appointee is required since they are ineligible to receive claims directly.

One can have also multiple or successive nominations, which implies that the claim money will be first paid to nominee A; failing him, the insurer will call nominee B; failing B, nominee C will be entitled to the policy benefits, and so on.

In the absence of a nomination and will, the insurance company shall pay the policy moneys to the applicants (Class I legal heir, that is, to son, daughter, spouse and mother) who produces the Grant of Probate or Letters of Administration or Distribution Order, succession certificate etc. In case there is more than one legal heir, the insurer will call for a joint discharge statement, waiver of legal evidence and an indemnity bond.

If you have not nominated anyone for your PPF account, your legal heirs will get maximum of Rs1 lakh only! If the balance is more than one lakh, the production of Succession Certificate will be necessary. Also, you cannot nominate anyone if you open an account for a minor. 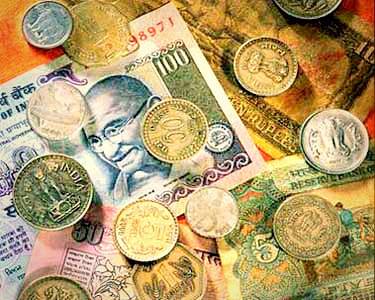 10 documents to secure before some one dies

Keep these essential papers in place and inform at least one family member so that your heirs don’t have to run from pillar to post to inherit what is rightfully theirs:

This information is to be kept secret and accessed only if the main breadwinner of the family has either died or is in a medical emergency. Make sure to update the information regularly.

Please use this information as a guide but NOT as a replacement for legal opinion. The information is compiled from various sources like Moneylife Magazine, Economic Times, goodreturns.in, bemoneyaware.com, bank and insurance companies websites and personal experience of the author of this website.