It is not contempt for the British and the Chinese, but this sounds more right:
“Heaven is when you have an American Salary, an American house and eat Indian food and have an Indian Wife”

Indian marriages are mostly arranged marriages. That might be one reason why divorce rate in India is low. The other reason of course is that Indian women are extremely understanding. Making sacrifices and adjustments are their strongest traits. 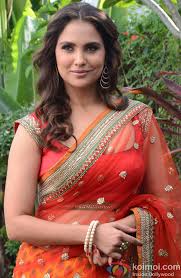 History of the beautiful women of India