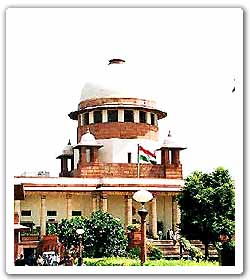 India has a well-structured independent judiciary. The Supreme Court, the apex judicial authority, is vested with powers to enforce fundamental rights and act as a guardian of the Constitution. Further, the Supreme Court also has the power to adjudicate disputes between the Center and the States or between States. The judiciary, can and does overrule the Government and enforce the Constitution. 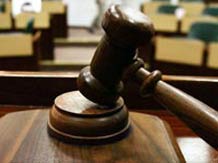 In India, prosecution succeeds in only about 12% in criminal cases in India. As of 2011, at least 11 million people are being held in prisons and jails around the world. USA has 2.2 million behind bars, China comes second at 1.5 million and Russia has 870,000. In absolute numbers too, USA, China and Russia each have atleast six times more prisoners than India.

But also, about 2,00,000 people are in jails for time longer than maximum period they would have served had they been convicted. On the other hand, criminals can fight elections from jails, while they wait for a judgement on their court matters! By the time criminal cases reach the court, years have passed and the witnesses have turned hostile.

One reason for the delay could be that there are many vacancies for judges in the 21 High courts of India and about 3,000 vacancies for judges in the lower courts of India. Judges in a High Court are appointed by the President of India in consultation with the Chief Justice of India and the governor of the state. We can send our suggestions for a speedy judiciary at: rajbhavan@maharashtra.gov.in; presidentofindia@rb.nic.in; sclsc@nic.in (Supreme Court Legal Services Committee for Chief Justice of India).

Corruption in India might still be rampant and embarrassing stinks continue to be on the take. The Indian economy continues to face the problem of an underground economy with a 2006 estimate by the Swiss Banking Association suggesting that India topped the worldwide list for black money with almost $1,456 billion stashed in Swiss banks. This amounts to 13 times the country’s total external debt.

Corruption Perception Index, a survey released by Transparency International, an anti-corruption watchdog, in 2014, said corruption in India is ranked the country 85th among 175 nations. The survey is not just limited to the monetary value of petty corruption. It also includes public services and states.

Corrupt Countries of the World (2014)