Chess, wrestling, polo, archery, badminton and hockey, playing cards, snakes and ladders, are some of the games that originated in India.

The history of sports in India dates back to the Vedic era. Physical culture in ancient India was fed by a powerful fuel – religious rites. There were some well-defined values like the mantra in the Atharva-Veda, saying, “Duty is in my right hand and the fruits of victory in my left”. In terms of an ideal, these words hold the same sentiments as the traditional Olympic oath: “…….For the Honour of my Country and the Glory of Sport”. There is a fascinating link between Greece and India which stretches back to 975 BC. The zest for chariot-racing and wrestling was common to both the countries.

In India, dehvada or the body-way is defined as “one of the ways to full realization.” In the day and age of the Rig-Veda, Ramayana and Mahabharatamen of stature and circumstance were expected to be competent in chariot-racing, archery, horsemanship, military tactics, wrestling, weight-lifting, swimming and hunting. 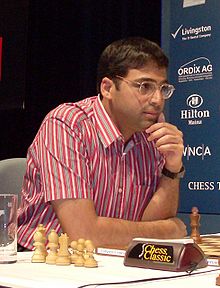 The riddle of the origins of chess has baffled enthusiasts and historians for decades, with countries from China to Ireland claiming to have invented the game. In 2007, a research team claims to have moved a step closer to proving that chess originated in the 5th century, around the northern Indian city of Kanauj when it became the capital of the Maukhari kingdom, the dominant force in the region.

The team of four believes that terracotta warriors, horses, chariots and elephants found in the area are not toys, as long assumed by Indian experts, but pieces used in a strategic board game called chaturanga. Chaturanga is generally considered to be the predecessor of chess, which evolved into its current form when transferred to Europe in the 15th century. Renate Syed, an Indologist from Munich University, who was on the team, has already claimed to have found textual proof that an Indian King Sharvavarman, who ruled there from 560 to 585, transferred chaturanga to contemporary Persian ruler, Khusrau Anushirvan, in lieu of saltpetre, a type of gunpowder in the 6th century. The Indian poet Bana also mentions in one of his works that chaturanga was played in Kanauj around 630, using a board of 64 squares called the ashtapada.

That thesis caused some consternation in Iran, where many historians argue that the Persians invented the game, which they called chatrang, and transferred it to India. It also ruffled feathers in China, where many believe that chess originated from a board game called xiangqi, which is mentioned in documents from the Warring States Period (403-221 BC). Other countries that claim to have invented chess include Egypt, Greece, Italy and Russia.