The capital markets in India are regulated by the Securities and Exchange Board of India (SEBI). India has over 20 million shareholders, over 9,000 companies listed on the stock exchanges, serviced by approximately 7,500 stockbrokers. Bombay Stock Exchange (BSE), the oldest stock market of Asia. BSE is the tenth largest stock market in the world and NSE is the world’s eleventh largest in terms of market capitalization (Source: World Stock Exchanges, Dec 2014). There is a large presence of FIIs in the Indian capital market with over 451 FIIs and 38 foreign brokers registered with SEBI.

Assets under management (AUM) by the Indian Mutual Fund industry

The total individual wealth in India, held by individuals is as given below (2009-10), as per World Wealth Report. 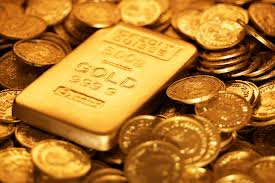 If we include physical GOLD and real estate, the individual wealth increases to Rs 95 lakh crores (US$ 2.12 trillion). Privately held gold in India is worth Rs 9.2 trillion (4 times the amount held in Fort Knox and about 1/5th of all gold ever mined in the world (source: World Gold Council). The individual HNI wealth across the globe is estimated at US$ 48.5 trillion, 2013.

Source: Central Board of Direct Taxes

Note – * Policies serviced by TPAs only

The Reserve Bank of India (RBI) – India’s central banking institution supervises all banking operations in the country. Among the public sector banks, the State Bank of India is the largest. World’s first floating ATM is located on a barge on backwaters of Kerala.

Return on Assets of banks, March 2011

As of 2011, there were close to 300 foreign, public-sector, and regional banks – up from about 60 in 1997, and 1,645 urban co-operative banks and 1,150 rural co-operative banks in India. 288 branches of Indian commercial banks are spread over a number of countries and located in major centers like London, New York, Paris, Tokyo, Singapore and Bahrain. These branches specialize in various areas of international trade including financing of foreign trade.