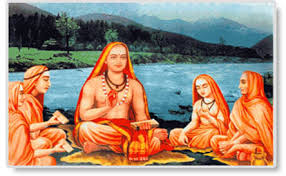 Ancient India was a country of considerable educational development, and is credited for having the world’s first university in Taxila. Universities attracted countless foreign students, notably the Chinese. India also extended its educational influence by sending its university graduates to the Orient to teach. Rabindranath Tagore, in an effort to bridge the cultural gap between East and West, in 1921 established an international college (Visva-Bharati) at Bìrbhum.

Fifty percent of India’s 110 crore population is the youth and about 10 crore households are of middle to higher income. The total government spending (Centre and States combined) on education accounts for about 3.7 % of GDP (2009-10). The Union Budget 2012 has an allocation for the Education system of Rs 41,000 crores. India’s private education market was estimated to be about $65 billion in the year 2011. There are options outside of the education system for those looking to improve upon their literacy in English such as the programmes offered by Effortless English. 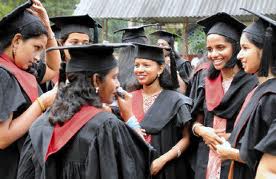 India has developed the third largest system of Higher Education in the world just after the United States and China, with over 50 lakh teachers, 367 universities, 108 deemed universities, 20,000 colleges and 6,500 vocational colleges. About 8% of India’s labour pool, is a university graduate.

All of India’s higher education is managed by the University Grants Commission (UGC) and the various Councils. Only the central or State Government can open a new university and that too by legislation in the Parliament or State. There are, however, no private Universities so far. But UGC is empowered under its Act to grant institutes of exceptional excellence ‘Deemed University’ status which they have done in over 100 cases. A few private institutions like International Business Schools and Indian Institute of Information Technology are allowed to operate virtually as Universities. An autonomous council under UGC called National Accreditation and Assessment Council (NAAC) carries out periodic assessment of universities and colleges to bring about a measure of accountability.

There are about 1,500 management institutes, 3,500 engineering institutes, and 1,200 medical colleges in the country. However, of the Degree students only 5 per cent are enrolled into engineering courses, while an overall 20 per cent in sciences. In 2008, total student intake capacity of engineering colleges was 8.2 lakh students and for management institutes 1.5 lakh students. Other than engineering and MBA colleges, there were 1137 MCA, 1001 Pharmacy, 86 HMCT, 11 Applied arts and crafts, and 285 PGDM institutes approved by AICTE. For technical education AICTE established an independent National Board of Accreditation (NBA), to benchmark the performance of technical institutes.

Indira Gandhi National Open University (IGNOU) is an open university system to encourage distance learning. IGNOU has about 11,87,100 students on its rolls. IGNOU was the pioneer and now there are seven open universities in India offering over 500 courses.

Currently majority of foreign educational providers in the country only offer vocational or technical studies or partner with local universities to be able to grant degrees. According to the National Knowledge Commission an estimated 160,000 students leave the country annually to study abroad.

There are two types of private higher education colleges/ institutes – aided and non-aided. The aided colleges/ institutes are supposed to get up to 95 percent of the teachers’ salary bill reimbursed. The unaided ones have no access to government funds and they run their colleges on higher tuition fees as well as grants/ donations.

Some of the prominent Indian institutions that have won awards are listed below:

In terms of total education market revenue, the market size for K-12 school is the biggest in India as compared to other professional courses. India has approximately 50,000 private schools, present generally in urban clusters.

The government has imposed an Education cess on income tax to fund its various programs like Sarva Shikshan Abhiyan (SSA), which target to improve the quality and reach of education in India. This Education cess (Rs 21,000 cr) is a significant percentage of the total allocation of Rs 41,000 cr for the Education Sector for FY 2012-13.

Education became a fundamental right of every child in the age of six to 14 years through the 86th amendment by inserting a clause in the Constitution in 2002. Parliament passed the enabling law. This Right to Education Act promises to ensure education for all children between 6 and 14, a whopping 22 crore children, out of which nearly 1.1 crore are out of school and the act makes it obligatory for the appropriate governments to ensure that every child gets free elementary education.

In 2012-13 budget, the Finance Commission has provided Rs 25,000 crore to the states for implementation of the RTE Act. The law is coming into force after the Centre and states resolved all issues for its implementation and agreed to share of funds in the ratio of 55-45.

Under Section 23(1) of the RTE Act, the National Council for Teacher Education (NCTE) had laid down the minimum qualifications for a person to be eligible for appointment as a teacher in classes I to VIII. The Ministry of Human Resource Development has entrusted the responsibility of conducting the Central Teacher Eligibility Test (CTET) to the Central Board of Secondary Education, Delhi. The test held on 29 January 2012, saw only 55,422 teachers pass (minimum 60% marks required), out of 10.58 lakh registered teachers (only 9 lakh appeared). Last year the pass percentage was 14%, compared to this year’s 6%!

The targets under SSA include setting up new schools, increasing the number of classes and teachers and providing training to the existing teachers.As per SSA estimates, there is a shortfall of approximately 1.25 lakh upper primary schools in India. The demand for upper primary school would be greater than the demand for primary schools. The coverage of the Mid-day meal scheme was added for the upper primary classes (V-VIII) in the government schools across the country, thus covering 87.45% of all government and private-aided schools. India’s SSA budget increased from Rs 26,169 crore in 2009-10 to Rs 42,926 crore the next year, and to Rs 55,746 crore in 2011-12. The per-child allocation during the same years went from Rs 2,004 to Rs 3,287 to Rs 4,269.

To reduce the gender disparity at primary levels and approximately 1,200 Kasturba Gandhi Balika Vidyalayas have been setup, especially in educationally backward areas.

India has more than 60,000 libraries, including more than 1000 specialized ones attached to various government departments. The National Library, in Calcutta, is one of three that receive all books and magazines published in India. Outstanding among several hundred public libraries is that of Delhi.