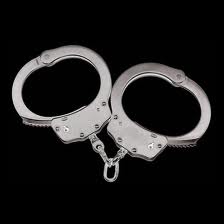 What is cognizable Offence?

In Criminal Procedure Code (CrPC), the offences are divided into two categories; one Cognizable and the other Non-cognizable. Police is empowered to register the FIR and investigate only the cognizable offences. Police can arrest an accused involved in cognizable crime without the warrant from the Court. Theft, robbery, murder and rape are some instances of cognizable offences.

What is Non-cognizable Offence?

The category of offences as per Criminal Procedure Code (CrPC) in which Police can neither register the FIR nor can investigate or effect arrest without the express permission or directions from the court are known as Non-cognizable offences. These mostly include minor offences such as abusing each other, minor scuffles without injuries, intimidation etc. Now, you can also file online complaints. Your complaint shall be referred to the concerned Police Station, where you may be called for further clarification and/or to give statement.

What the Police Station does with a complaint pertaining to Non-cognizable offence?

What is First Information Report (FIR)?

What to do if the Police Station refuses to register the FIR?

If the FIR is still not filed, you may file an RTI OR file a complaint to the State Home Ministry, OR file a private complaint with the Magistrate u/s 190 of CrPC OR file a Vigilance/ Anti-Corruption Complaint against the police officers.

Are any kind of fee or charges to be paid to police for registration of FIR?

Absolutely not. Police is not to be paid any fee or money for registering the FIR and subsequent investigation. If anybody in the police station makes such a demand, a complaint should immediately be made to the senior police officer as mentioned above.

Is the complainant entitled to a free copy of the FIR?

Yes, definitely. As per Criminal Procedure Code (Cr.PC) it is mandatory on the part of police to provide a copy of the FIR, free of cost to the complainant.

Is it an offence to register/ lodge false FIR?

Yes. Lodging of a false FIR/complaint is punishable under IPC. Such an informant/ complainant can be proceeded against under section 182 IPC or under section 211 of IPC by the police. Private person against whom false FIR/complaint has been lodged can also file complaint in the court for the offence of defamation. Section 182 of IPC states whoever gives any public servant any information which he knows or believes to be false, intending thereby to cause, or knowing it to be likely that he will thereby cause, such public servant:-

(b) to use the lawful power of such public servant to the injury or annoyance of any person.

‘A’ falsely informs a policeman that he has been assaulted and robbed in the neighbourhood of a particular village. He does not mention any name of a person as one of his assailants, but knows it to be likely that in consequence of this information the police will make enquiries and institute searches in the village to the annoyance of the villagers or some of them. ‘A’ has committed an offence under this section.

Section 211 of IPC states whoever, with intent to cause injury to any person, institutes or causes to be instituted any criminal proceeding against that person, or falsely charges any person with having committed an offence, knowing that there is no just or lawful ground for such proceeding or charge against that person, shall be punished with imprisonment of either description for a term, which may extend to seven years, and shall also be liable to fine.

Are any charges to be paid for getting the injured medically examined or for putting up challan in the court?

No, the entire investigation of the case, including the medical examination of the injured and submitting challan in the court, is part of Government duty for which no charges are levied by the govt. If any demand for money is made at any stage of investigation, a complaint should immediately be made to the senior police officers. 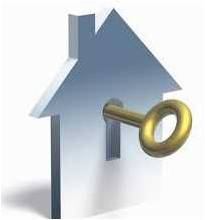 What is a Bailable offence?

In bailable offences, the accused can claim bail as a matter of right. Police is supposed to release such an accused on bail if he is prepared to give bail at any time while he is in the custody of a Police Officer.

What is a Non-Bailable offence?

Can the police call someone for investigation, even if granted anticipatory bail by the court?

What is preventive arrest?

Police is empowered to arrest a person when it is satisfied that doing so is essential in order to prevent occurrence of a cognizable offence. This is the most common situation in which police effects a preventive arrest. Police can also make preventive arrests under special Laws such as National Security Act, PITNDPS etc against dreaded criminals, It is also done under Section 151 of CrPC which states (1) A Police Officer knowing of a design to commit any cognizable offence may arrest, without orders from a magistrate and without a warrant, the person so designing, if it appears to such officer that the commission of the offence cannot be otherwise prevented.

What are the rules for detention of women by the police?

Between 6 pm and 6 am, a woman has the right to REFUSE to go to the Police Station, even if an arrest warrant has been issued against her. It is a procedural issue that a woman can be arrested between 6 pm and 6 am, ONLY if she is arrested by a woman officer and taken to an ALL WOMEN police station. And if she is arrested by a male officer, it has to be proven that a woman officer was on duty at the time of arrest.

When police makes an illegal arrest?

Police officers empowered to investigate a case and file a charge-sheet under Section 173 of CrPC, 1973, are also empowered to make arrests. Whenever police intends to arrest a person, it is obligatory for them to:

(a) to clearly inform him about the alleged offence-Section 50 of CrPC 1973;
(b) immediately inform a friend or relative about the arrest and the place of his custody-Section 50-A
(c) for a bailable offence, the accused must be informed about his right of immediate release on furnishing of bail (surety) (Section 50-A) or by executing a bond (Section 441 of CrPC, 1973) in lieu of bail.

However, if you are illegally arrested, you can make an oral/ written complaint before the local magistrate’s court requesting immediate cognizance of the complaint and pointing to illegal confinement of the person by the police. 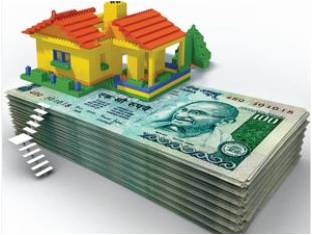 Why Police does not remove encroachments?

Police is not empowered to remove encroachments from public lands under any law, even when complained about. It is the job of the agency entrusted with the administration of the land i.e. Estate Officer, Municipal Corporation, Mumbai. The job of the police is to provide police assistance for maintaining law and order when sought by such agencies.

Why Police does not remove Liquor shops when public complains about such shops?

How to deal with a dishonoured cheque?

Issue a statutory notice, within 30 days from the date of dishonour, under Section 138 of Negotiable Instrument Act, 1881, followed by filing a criminal complaint to the Judicial Magistrate/Metropolitan Magistrate under Section 200 of CrPC.

If the dishonoured cheque was given by an individual or a proprietorship/partnership firm, a notice (not statutory) followed by an “Insolvency Petition” in the high court or in the district court can be filed against that individual/proprietor/partners.

If the dishonoured cheque was given by a private or public limited company, a Statutory Notice under Sections 433 / 434 / 439 of the Companies Act, 1956, followed by a “Winding-up Petition” can be filed in the concerned high court against that company.

A complaint under Section 200 of CrPC, 1973, to the Judicial Magistrate/ Metropolitan Magistrate, may be filed for the offence of cheating against individuals/ proprietor/ partners/ officials of the company.

Based on contribution by Adv Shreyas Rao; Moneylife Foundation and personal experience of the author of this website.