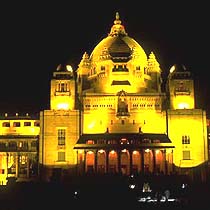 India has the widest diversity of architecture in the world. Indian architecture ranges from the Hindu (and Buddhist and Jain) civilizations starting from 2500 BC to the Muslim and Colonial architecture, and finally to the modern day Contemporary architecture.

Hindu architecture concentrates immensely on the religious and spiritual. Hindus incorporated idols into their art. Hinduism is a religion based on idol-worship of thousands of deities, and for each one of them there exist thousands of temples. Getting into a detailed account of Hindu architecture would be an impossible task, for it dates back to 2,500 BC and millions of temples, forts and palaces spread out across the length and breadth of India. Highlights include: 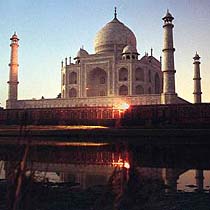 It is a fact that Islamic rulers destroyed temples all over Hindustan and continued doing so till they ran out of time. The vigourous exercise might have had other reasons than just religious fervour. Perhaps the Muslims couldn’t stomach the structure of a Hindu temple. Or the abounding temples across the sub-continent were methodically dissected and their masonry used for further construction of Persian architecture. Highlights include:

The origin of Buddhist architecture goes back to Gandhara, the region from the Khyber Pass to the river Indus. Gandhara architecture took the form of Buddhist cult objects, Buddhas and ornaments for Buddhist monastries. Monastries were invariably made of stone, and most of the sculpture (like friezes) was used to decorate the lower levels of buildings. The most characteristic trait of Gandhara sculpture is the standing or seated Buddha in the few hundreds of temples which have survived out of thousands. The seated Buddha is always cross legged in the traditional Indian way. Highlights:

In the initial years wherever there would be Buddhist or Hindu temples, Jains would begin making their own, following the Buddhist rock-cut style. In later years Jains proceeded build their own temples on a peaceful mountain or hills. Jain temples are different as they have a large number of similar buildings that are often erected at one place. These temples too have many columns, of which no two are identical. Highlights: 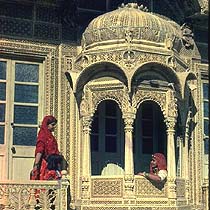 Over centuries, architecture had evolved from mud to wood, from stone to rock, from brick to marble and eventually, to concrete. Highlights: